In 1888, B. Fernández & Hnos. was founded as a partnership by the brothers Bernardo, José and Constantino Fernández.

B. Fernández & Hnos., Sucesores, was a wholesaler of necessary products. The company was an aggressive and innovative leader in the distribution market. During the first decade of operations, they advanced towards its current specialization in groceries and spirits. As the century passed, the market developed and became more complex. In the early 1920s, most wholesalers competed with the same product lines, in a price-controlled market.

B. Fernández & Hnos., committed to innovation, began to lead the change in market dynamics. The company started acquiring exclusive brand representation, spearheading the transformation from a commodity market to one based on brands and perceived value.

Through hard work and smart management, the company successfully survived the main obstacles the island's economy faced in the following years: Hurricane Felipe, the Great Depression, and Prohibition. During the Great Depression, B. Fernández & Hnos., Inc. began building its long-lasting business partnership with Anheuser-Busch and Kellogg’s Company, opening grain distribution channels, and distributing its bakery products. The company also began distributing Ivory salt. Other prestigious brands joined the company in the following years.

In 1933, after the Prohibition, the limited distribution of Budweiser beer began. The broad distribution of the American beer leader began in 1979, and it soon became the leading beer in Puerto Rico.

In 1954, the family business began a new expansion in tune with the post-war years’ economic growth.

In 1963, growth spurred with the entry of well-known brands like Pillsbury and Progresso, along with spirits like Pinch Scotch Whiskey and Absolut Vodka.

A decade later, this growth gained momentum, preparing the company for its accelerated development during the 1970s and 1980s.

In the late 1990s, B. Fernández & Hnos., Inc. established a new strategy acquiring manufacturing and distribution companies in the area of ​​packaged consumer goods, including products such as Pan Pepín (bread) and Baguette, Inc. (parboiled bread).

The constant growth of existing brands and strategic acquisitions drives the company’s expansion into the future. Its investment in cutting edge technology allows it to ensure best in class execution at the point of sales while reducing the cost to serve. 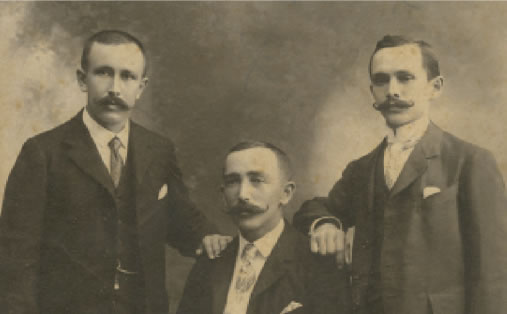 Today, B. Fernández & Hnos., Inc. is a corporation that preserves the same traditions of excellence that characterized its founders: the feeling and atmosphere of a great family, driven by stable and progressive business principles.

B. Fernández strives to stand out by its progressive attitude, cutting-edge distribution, quality products, and the passionate commitment from the men and women who market and distribute them.